Almost $2 trillion of origination’s this year, according to forecast

The cheapest mortgage rates since 2016 will push U.S. mortgage origination’s to a three year-high this year, according to a forecast by Mortgage Bankers Association.

Combined purchase and refinancing origination’s will probably total $1.9 trillion in 2019, according to MBA. That would be the highest level since 2016’s $2 trillion.

The MBA’s projections echo those made recently by Fannie Mae, which stated last week that it expects refinances to climb to a three-year high this year.

Home prices probably will gain 4.3% from last year, the group said. That’s a slower pace than the 6.1% annual increase in 2018. MBA bases its home-price forecast on the Federal Housing Finance Agency’s index that measures sales of single-family homes with mortgages backed by Fannie Mae and Freddie Mac.

The home-building industry will have the highest output in more than a decade, according to the forecast. Builders will break ground on 876,000 new single-family homes, up from 873,000 last year, MBA said. That would be the most since 2007, according to data from the Department of Commerce. 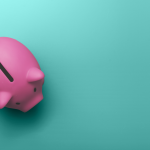 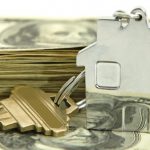