Despite growing economic tension, mortgage applications continued to climb, according to the Mortgage Bankers Association.

On an unadjusted basis, the Market Composite Index rose 26.8% for the week ending June 7, 2019, according to MBA’s weekly Mortgage Applications Survey.

“Mortgage rates for all loan types fell by a sizable margin for the second straight week, pulled down by trade tensions with China and Mexico, the financial markets reacting to more bearish communication from several Fed officials, and weaker than expected hiring in May,” MBA Vice President of Economic and Industry Forecasting Joel Kan said. “Despite the less positive outlook, both purchase and refinance applications surged, driven mainly by these lower rates. The refinance index jumped 47% to its highest level since 2016.”

“With the 30-year fixed-rate mortgage at its lowest level since September 2017, purchase activity was more than 10% higher than a year ago,” Kan said. “Demand is still relatively strong, but there is likely some restraint from prospective buyers, driven by some economic uncertainty. Furthermore, housing supply is still very tight for first-time buyers.” 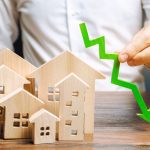