What High Performers Want at Work

Despite this, when most managers look at workforce statistics, all employees tend to be lumped together into a category so broadly defined that it becomes difficult to take meaningful decisions. If your average employee tenure is six years, is that good or bad? You could benchmark the Fortune 500 and find that indeed you would look pretty good, tied at 40th place. But if the people you are keeping are the low performers and your high performers are leaving, would that be really so great?

Last summer, my colleagues and I at SAP conducted a study with Oxford Economics across 27 countries to find out what the future workforce wants. We led twin studies of executives and employees and asked the employees how they were rated on their most recent performance appraisal rating. Of the 2,872 employees, their responses were spread with about 40% being high performers, 40% average, and about 20% below average.

Our workforce strategy goal should be to double down on retention tactics for high performers. We need improvement. And based on some compelling – and even alarming – discoveries in our research, high performers may not be getting what they need from their managers.

The figure below illustrates what employees value overall in their workplace.

Find this and other HBR graphics in our VISUAL LIBRARY
The most important contributor to job satisfaction for all employees was base pay, followed by bonus pay. High performers cared significantly more about both of these factors than average or low performers. Tenure-based or compensation strategies with little differentiation between high and low performers are likely to alienate your high performers the most. The difference between a 2% raise and a 6% raise, as is common in many compensation strategies, is not significant enough to keep high performers who have more options in the marketplace.
But there’s risk in dividing your workforce into high performers, average worker, or low performers for compensation purposes. If some high-performing employees routinely receive 10% raises while average performers receive 2%, resentment could lead to overall productivity losses, failure to bond, and even bullying. But if you do nothing to differentiate, you risk losing your most productive employees. Since it is possible for performance to fluctuate over time, you might need to compromise by providing differentiation in annual increases with significantly more variation in bonus pay for the top five percent of performers. KPMG found that 73% of high performing companies placed no cap on bonus pay for its best performers. In contrast, most (81%) low-performing companies placed a cap on bonus attainment.

A second contributing factor to job satisfaction was feedback: How often do your managers sit down with employees to discuss their performance? Chances are, not enough. Fifty percent of high performers say they expect at least a monthly sit down with their managers, but only 53% say their manager delivers on their feedback expectations. If you are relying on annual or semi-annual performance reviews as the primary feedback mechanism with your employees, your high performers are likely to need a more frequent boost and will begin to show signs of under-appreciation.

High performers also showed a stronger tendency to direct their own learning, which may be one of the ways to predict who will be a high performer. Particularly in North America, development is a high priority, and top performers expect more than self-directed options. Two thirds of high performers reported that their bosses did not deliver on supporting them for formal training programs. Even with limited funds for training, framing assignments from the viewpoint of what the high performer will learn can make a difference. A high-potential Millennial in China admitted that she felt she had stayed too long in her current role: “My manager keeps me because with every assignment she gives me, she also tells me what new thing I am going to learn by doing it.” Just the simple act of telling people how they will benefit from doing a task or assignment can motivate people to stay.

This is a surprise, considering that many high potential programs offer relocation as a feature or benefit. Instead of focusing on relocation, figure out ways to give your high performers maximum flexibility if you don’t want them to leave, even in their current location. Make sure they have options for career advancement and the ability to acquire diverse experiences through short-term assignments and leading virtual global teams in lieu of relocating.

Left untended, your high performers will seek alternative opportunities that provide more challenges, growth, and rewards. Your competitors would love to have them. Keep your best workers by meeting their wants and needs.

Karie Willyerd is the workplace futurist for SuccessFactors, the coauthor of The 2020 Workplace and former Chief Learning Officer of Sun Microsystems.

How to Read a Book a WeekExpert Tips & Info 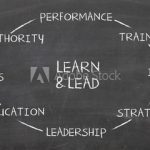