Want to Be More Creative? Science Says a Mess is Best

I’ve confessed it before, but allow me to once again commit this to writing: I am a slob. My house is only a few piles shy of a visit from the Hoarders crew. It’s not gross or anything. It’s just … cluttered. My desk looks like a Staples superstore exploded and somebody tried to extinguish the blaze with random artifacts from Toys ‘R’ Us.

As such, I am thrilled by the recent scientific findings that indicate that this might be exactly the thing that puts me among the most creative people in the world.

University of Minnesota researcher Kathleen Vohs and her team conducted a series of interesting experiments to try to get to the bottom of how people think and behave in messy environments versus orderly ones. In the most telling one, participants in the study were invited to come up with new uses for ping pong balls. Half were placed in a tidy room, while the other half worked in a messier environment.

Guess what the results were?

The people who worked in the messy room came up with the more creative ideas, as judged by an impartial panel. “When things are tidy, people adhere more to what’s expected of them,” says Vohs. “When things are messier, they break free from norms.” Next time someone calls you out for all your clutter, have this handy citation at the ready. Don’t worry; it’s not pedantic. They were asking for it by judging you in the first place.

And that’s not even the best part. It turns out that everything you tried to explain to your mom about your messy room growing up–“No, seriously, I can find anything I need in here at a moment’s notice, just ask me where something is”–actually holds up. There’s a growing body of evidence that what we think of as “messy” is actually be a unique and functional organizational system. Yes, that’s how enlightened we slobs are! We may look like hot messes, but trust me, we’ve had this figured out the whole time and were just waiting for science to catch up.

See, what looks like workspace clutter to the untrained eye can actually be something of a creative playground, where every random object lying around has the potential to jog a memory or trigger a cognitive butterfly effect that could spark some original idea or unique way of looking at a problem. Clive Thompson, who authored a Wiredarticle on the subject, calls it serendipity. I’ll allow that I have not yet received any keen insight from the pile of junk mail splayed across my workspace at this moment, but let’s just say I’m not discounting the possibility. I knew I was hanging onto it for a reason.

The recent scientific findings do concede one key point to the neat freaks among us: People who work in clean offices are more likely to follow through when working on difficult tasks. A study out of Temple University found that while messy people are more likely to dream up awesome new ideas, the tidy ones are more likely to act on them. In fact, the study’s author hints that a messy workspace can soul-suck our willpower and drain our grit. So that’s a bit of a killjoy.

The takeaway? Don’t exist in a vacuum. If your workspace is messy–or “differently organized”, as I now prefer to call it–take heart in the fact that there’s an upside for your creativity in there. So what if you need an accountability buddy to make sure things get done in the end? 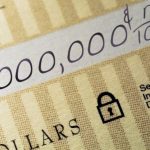 8 Frugal Habits That Will Make You a MillionaireExpert Tips & Info