The Secret All Entrepreneurs Are Hiding

In his acclaimed book Disrupted (Hachette Books, 2016) former Newsweek editor Dan Lyons discusses his experience as an employee at HubSpot, a software marketing company. In the following edited excerpt, he discusses his frustration of the seemingly chaotic leadership at HubSpot–and being told that that’s just the way most startups function. Secret, Business, Entrepreneurs

“Welcome to the world of startups,” my friend Harvey says when I tell him about Fearless Friday, a weekly event encouraging HubSpot employees to “Be Fearless.” Harvey is about my age, maybe a little older. He lives in San Francisco. He spent years working at big tech companies, but a few years ago he left a very cushy gig and took a job as a vice president at a startup, a tiny place that had less than one hundred employees. Eleven months after he joined, the company was acquired for more than $1 billion. Harvey won’t tell me how much he made, but I’m guessing it’s more than $10 million. Now he has joined another startup, this time with a C-level title, and is hoping to do it all over again. Secret, Business, Entrepreneurs

Harvey is one of the people who encouraged me to bail out of journalism and take the job at HubSpot. He’s calling to check in and see how things are going. I tell him I’m frustrated. It’s not just batshit crazy stuff like Fearless Friday. It’s everything. Decisions get made but no one knows who made them. Who’s in charge? Nobody. Everybody. One day we are told the company will focus on big enterprise customers and that this decision has been etched in stone and will not change. Two weeks later, we’re going back to selling to small businesses.

Harvey says everything I’m describing about HubSpot is absolutely normal. “You know what the big secret of all these startups is?” he tells me. “The big secret is that nobody knows what they’re doing. When it comes to management, it’s amateur hour. They just make it up as they go along.”

Examples abound of tech startups trying to bring in more experienced people who end up leaving, sometimes citing a lack of “culture fit.” Evan Spiegel, the twenty-five-year-old founder of Snapchat, a photo sharing application, raised $1 billion in venture funding and realized, or was told by his investors, that he needed to hire people who could run a business and make money. Spiegel brought in veterans from Facebook and Google, then lost eight top executives in less than a year, with some people lasting only six months, according to Business Insider. Then there is twenty-two-year-old Lucas Duplan, whose wildly overhyped startup, Clinkle, hired a well known VP of engineering only to have the guy quit after one day. Soon after that, five other executives also abandoned ship.Even some of the biggest and best-known new tech companies are totally dysfunctional. Twitter, for example, seems to have survived in spite of its management rather than because of it. The company is valued at $13 billion and not long ago was valued at more than $30 billion. Yet Twitter has never reported an annual profit, and has lost billions of dollars. For nine years Twitter has undergone wave after wave of management upheaval, hiring and firing CEOs, reshuffling, reorganizing, announcing new business plans, making acquisitions. The people responsible for this mess have become incredibly wealthy. Two of Twitter’s co-founders, Evan Williams and Jack Dorsey, are billionaires.

Dorsey once had blue hair and played music in the street. For a while he went around dressing like Steve Jobs. Then he was obsessed with Japanese culture. Then he was going to become a fashion designer. Then he reportedly wanted to be mayor of New York. After being pushed out of Twitter he started a payment company called Square, which raised $590 million in venture funding and in November 2015 successfully sold shares to the public, despite having lost nearly $500 million–half a billion dollars!–in just four years. In 2005, Dorsey became CEO of Twitter again, so he now runs two companies.

Williams left Twitter and founded Medium, but by 2015, after three years in business, he still was not sure what he wanted that company to be, and he started firing people he had just hired. Williams also runs a venture capital firm, Obvious Ventures, which in 2015 raised $123,456,789–get it?–from limited partners such as noted technologist Leonardo DiCaprio.

A third Twitter cofounder, Biz Stone, has a net worth of $200 million and since leaving Twitter has launched two companies, Jelly and Super. Nobody, including Stone himself, seems to understand what these companies do. In one interview, trying to explain Super, Stone said: “I know this is eye-rollingly, hallucinogenically optimistic . . . but our mission is to build software that fosters empathy.”

Now that is some pure, unadulterated bozo talk. Unfortunately, such rhetoric has become the rule rather than the exception inside tech startups. Secret, Business, Entrepreneurs

By the occasion of the inaugural Fearless Friday I’ve come to realize that HubSpot is just as crazy as the rest of them. But all of HubSpot’s lofty bullshit about inspiring people and being remarkable and creating lovable content might actually be part of a cynical, and almost brilliant, strategy. HubSpot is playing the game, saying the kind of ridiculous things that investors now expect to hear from startups. HubSpot is feeding the ducks. Secret, Business, Entrepreneurs

The happy!! awesome!! rhetoric masks the fact that beneath the covers, there is chaos.

“HubSpot was the first software company I worked for, and it was extremely eye-opening,” says a salesperson who joined the company during its early days and has since worked for other early stage tech companies, which were equally clueless and out of control. “People in these companies live day-to-day. They don’t know how to run a sales team. They don’t have a sales process. They don’t even know what the product itself is going to be. The product itself keeps changing. It’s mind-boggling, the amount of time and money that gets wasted.” Secret, Business, Entrepreneurs 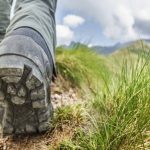 Why You Do Your Best Thinking While WalkingExpert Tips & Info 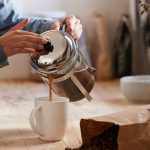