Self-control is more than just controlling temptations
“22 of the Cutest Baby Animals,” the headline said. “You won’t believe number 11!”

Despite an impending deadline – not to mention my skepticism (how cute could they possibly be?) – I clicked on the story. I’m only human, after all. Yet this failure in self-regulation cost me at least half an hour of good work time – as have other clickbait headlines, bizarre images on my Twitter feed or arguments on Facebook.

The insidious, distracting suck of the Internet has become seemingly inescapable. Calling us from our pockets, lurking behind work documents, it’s merely a click away. Studies have shown that each day we spend, on average, five and a half hours on digital media, and glance at our phones 221 times.

Meanwhile, the developers of websites and phone apps all exploit human behavioral tendencies, designing their products and sites in ways that attract our gaze – and retain it. Writing for Aeon, Michael Schulson points out:

Developers have staked their futures on methods to cultivate habits in users, in order to win as much of that attention as possible.

Given the Internet’s omnipresence and its various trappings, is it even possible to rein in our growing Internet consumption, which often comes at the expense of work, family or relationships?

Psychological research on persuasion and self-control suggests some possible strategies.

It’s important to realize some of the tricks that Internet writers and web developers use to grab our attention.

The strange number 22 in the headline is an example of the “pique” technique. Lists are usually round numbers (think of Letterman’s Top 10 lists or the Fortune 500). Unusual numbers draw our attention because they break this pattern. In a classic study, the social psychologist Anthony Pratkanis and colleagues found that passersby were almost 60 percent more likely to give money to panhandlers asking for US$0.37 compared to those who were asking for a quarter.

People in the study also asked more questions of the panhandlers who requested strange amounts, compared to those who begged for a quarter. The same thing happened when I saw the headline. In this case, the skepticism that caused me to ask the question “How cute could they possibly be?” backfired: it made me more likely to click the link.

An attention pique (such as asking for $0.37 or calling out photo #11) triggers us to halt whatever we’re doing and reorient to the puzzle. Questions demand answers. This tendency has been dubbed by psychologists as the rhetorical question effect, or the tendency for rhetorical questions to prompt us to dig deeper into an issue.

These tricks exploit built-in features of our minds that otherwise serve us well. It’s clearly advantageous that unexpected stimuli capture our attention and engage us in a search for explanation: it might stop us from getting hit by a car, or alert us to sudden and suspicious changes to the balance in our bank account.

So it wouldn’t make sense to turn off that kind of vigilance system or teach ourselves to ignore it when it sounds an alarm.

Binding ourselves to the mast

Content on the net isn’t only designed to grab our attention; some of it is specifically built to keep us coming back for more: notifications when someone replies to a posts, or power rankings based on up-votes. These cues trigger the reward system in our brains because they’ve become associated with the potent reinforcer of social approval.

Not surprisingly, Internet use is often framed in the language of addiction. Psychologists have even identified Problematic Internet Use as a growing concern.

So what can we do?

Like Odysseus’ strategy for resisting the temptation of the sirens, perhaps the best trick is to commit ourselves to a different course of action in advance – with force, if necessary.

Odysseus had his men tie him to the mast of their ship until they were out of the sirens’ range. This is an example of “precommitment,” a self-control strategy that involves imposing a condition on some aspect of your behavior in advance. For example, an MIT study showed that paid proofreaders made fewer errors and turned in their work earlierwhen they chose to space out their deadlines (e.g., complete one assignment per week for a month), compared to when they had the same amount of time to work, but had only one deadline at the end of a month.

The modern-day equivalent of what Odysseus did is to use technology to figuratively bind oneself to the mast. Software packages such as Cold Turkey or the appropriately named SelfControl allow you to block yourself out from certain websites, or prevent yourself from signing onto your email account for a prespecified period of time.

Research the reasoning behind these programs: the idea that we often know what’s best for our future selves – at least, when it comes to getting work done and staying free of distraction.

Coming out with your commitment

If you really must win a game of chicken, the best way is to accelerate to top speed, remove the steering wheel and brake from your car, and throw them out the window – all in view of your opponent.

In a less dramatic fashion, precommitments can be much more effective when they’re announced in public. Researchers have found that people who publicly commit to a desired course of action such as recycling or being sociable are more likely to follow through than people who keep their intentions private. We are deeply social creatures with a fundamental need to belong, and publicly declaring a plan puts one’s reputation at stake. Between the social pressure to live up to expectations and any internal sanctions we self-impose, public precommitment can be a powerful two-pronged attack against self-control failure.

More and more, scientists who study self-control are starting to see tools such as precommitment and software that blocks out websites not as “hacks” that circumvent the system but instead as integral pieces in the self-control puzzle.

For example, a recent study tracked the everyday lives of a large sample of people on a moment-by-moment basis, asking them questions about their goals, temptations and abilities to resist them.

Contrary to expectations, the people who were generally good at self-control (measured with a reliable questionnaire) were not the best at resisting temptations when the temptation presented itself. In fact, they were generally pretty bad at it.

The key is that self-control and resisting temptation are not the same thing. Odysseus had one, but not the other.

The next time you need to get something done, consider precommitting to avoiding the Internet altogether. Like Odysseus, realize that if you find yourself facing temptation directly, the battle may already be lost.

POWER RANKINGS: Here’s who has the best chance at being our next presidentBusiness, Expert Tips & Info, Social Media 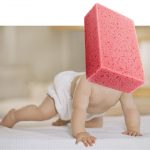