One More Time: How Do You Motivate Employees?

The psychology of motivation is tremendously complex, and what has been unraveled with any degree of assurance is small indeed. But the dismal ratio of knowledge to speculation has not dampened the enthusiasm for new forms of snake oil that are constantly coming on the market, many of them with academic testimonials. Doubtless this article will have no depressing impact on the market for snake oil, but since the ideas expressed in it have been tested in many corporations and other organizations, it will help—I hope—to redress the imbalance in the aforementioned ratio.

In lectures to industry on the problem, I have found that the audiences are usually anxious for quick and practical answers, so I will begin with a straightforward, practical formula for moving people.

What is the simplest, surest, and most direct way of getting someone to do something? Ask? But if the person responds that he or she does not want to do it, then that calls for psychological consultation to determine the reason for such obstinacy. Tell the person? The response shows that he or she does not understand you, and now an expert in communication methods has to be brought in to show you how to get through. Give the person a monetary incentive? I do not need to remind the reader of the complexity and difficulty involved in setting up and administering an incentive system. Show the person? This means a costly training program. We need a simple way.

Every audience contains the “direct action” manager who shouts, “Kick the person!” And this type of manager is right. The surest and least circumlocuted way of getting someone to do something is to administer a kick in the pants—to give what might be called the KITA.

There are various forms of KITA, and here are some of them:

This is a literal application of the term and was frequently used in the past. It has, however, three major drawbacks: 1) It is inelegant; 2) it contradicts the precious image of benevolence that most organizations cherish; and 3) since it is a physical attack, it directly stimulates the autonomic nervous system, and this often results in negative feedback—the employee may just kick you in return. These factors give rise to certain taboos against negative physical KITA.

In uncovering infinite sources of psychological vulnerabilities and the appropriate methods to play tunes on them, psychologists have come to the rescue of those who are no longer permitted to use negative physical KITA. “He took my rug away”; “I wonder what she meant by that”; “The boss is always going around me”—these symptomatic expressions of ego sores that have been rubbed raw are the result of application of:

This has several advantages over negative physical KITA. First, the cruelty is not visible; the bleeding is internal and comes much later. Second, since it affects the higher cortical centers of the brain with its inhibitory powers, it reduces the possibility of physical backlash. Third, since the number of psychological pains that a person can feel is almost infinite, the direction and site possibilities of the KITA are increased many times. Fourth, the person administering the kick can manage to be above it all and let the system accomplish the dirty work. Fifth, those who practice it receive some ego satisfaction (one-upmanship), whereas they would find drawing blood abhorrent. Finally, if the employee does complain, he or she can always be accused of being paranoid; there is no tangible evidence of an actual attack.

Now, what does negative KITA accomplish? If I kick you in the rear (physically or psychologically), who is motivated? I am motivated; youmove! Negative KITA does not lead to motivation, but to movement. So:

Let us consider motivation. If I say to you, “Do this for me or the company, and in return I will give you a reward, an incentive, more status, a promotion, all the quid pro quos that exist in the industrial organization,” am I motivating you? The overwhelming opinion I receive from management people is, “Yes, this is motivation.”

I have a year-old schnauzer. When it was a small puppy and I wanted it to move, I kicked it in the rear and it moved. Now that I have finished its obedience training, I hold up a dog biscuit when I want the schnauzer to move. In this instance, who is motivated—I or the dog? The dog wants the biscuit, but it is I who want it to move. Again, I am the one who is motivated, and the dog is the one who moves. In this instance all I did was apply KITA frontally; I exerted a pull instead of a push. When industry wishes to use such positive KITAs, it has available an incredible number and variety of dog biscuits (jelly beans for humans) to wave in front of employees to get them to jump.

Why is KITA not motivation? If I kick my dog (from the front or the back), he will move. And when I want him to move again, what must I do? I must kick him again. Similarly, I can charge a person’s battery, and then recharge it, and recharge it again. But it is only when one has a generator of one’s own that we can talk about motivation. One then needs no outside stimulation. One wants to do it. 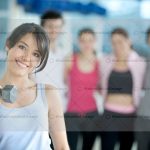