In the United States, a whopping 543,000 new businesses are launched each month. Sadly, half of all start-ups aren’t able to keep their doors open for more than five years. The failure of many small businesses is due, in large part, to lack of funding.

In the last several years, however, there has been a surge of microfinance institutions popping up across the United States, offering a solution to this problem by issuing microloans.

A microloan is defined as a very small, short-term loan with a low interest rate, usually extended to a start-up company or self-employed person. Typically, these loans do not exceed $35,000.

Microloans started as a solution for impoverished borrowers in underdeveloped countries. These borrowers typically lacked collateral, steady employment and a verifiable credit history, making them a difficult candidate for traditional financing options. Microloans have been successful in helping to support entrepreneurship and encourage economic growth in these developing nations.

In more recent years, microlenders have been establishing themselves all across the United States. According to the 2009 Microfinance Information Exchange study, almost 1,100 microfinance institutions were identified and shown to collectively serve more than 74 million borrowers with $38 billion in loans. Some microlenders are finding creative ways to improve and streamline this already simple process by offering unique microlending services. 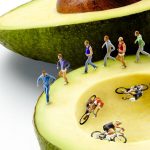 Google My Name & the Results Had MeExpert Tips & Info 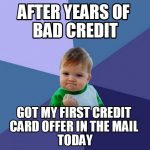