The Key to Calmfident Self-Assertion

The Key to Calmfident Self-Assertion

Walking the fine line between bullying and wimping

They’re stepping all over you. You’ve got to say something, but what?

And what if you’re wrong about them stepping all over you? Maybe they shouldn’t have to accommodate you.

Here’s why it’s so hard to speak our minds sometimes. There are three distinct reasons people don’t accommodate you. Each requires an opposite response. Guess wrong about which of the three applies and you’re likely to feel ashamed of yourself.

They can’t: They would and should accommodate you but they can’t. It’s just not within their capabilities.

They won’t: They could and should accommodate you but they won’t. They’re indulgent. It’s just easier for them to make you accommodate them.

They shouldn’t: They could and would accommodate you but shouldn’t have to. They’re free to do their own thing.

Can’t: If they can’t accommodate you, be gentle. Meet them where they are.

Won’t: If they won’t accommodate you, be firm. Force them to see that they have to shape up.

Shouldn’t: If they shouldn’t accommodate you, back off. Give them space to be who they are.

Your teen is doing horribly. It’s your responsibility to raise him right and you’re failing. You better get in there and do something. But what?

Can’t: Your teen has a disability. It is not his fault. He’s trying his hardest. It’s cruel for you give him a hard time, like beating up on a blind person for not seeing. Be gentle.

Won’t: Your teen is indulgent. He knows perfectly well how he should behave. He just won’t bother. He’d rather impose burden on you than take responsibility he is perfectly capable of handling. Shame on you for being gentle with him. You’re enabling a little con artist, allowing him to run all over you.

Shouldn’t: Your son doesn’t have to live by your standards. He just marches to a different drummer. Stop being a helicopter parent. Get out of his way and let him live his life.

In this election, the opposition is driving you crazy. You’d like to give them a piece of your mind, but which piece?

Can’t: You can’t expect these people to vote any differently. They’re not indulgent; they’re uninformed. They never had the education you had. They’re wrong but you’d be wrong to come on hard to them. That would be as cruel as yelling at a kid for not knowing math she was never taught. Be gentle.

Won’t: These people know perfectly well what they’re doing. They’re self-indulgent con artists. Being gentle with them plays right into their plans. Don’t be a dupe. Give them the hell they deserve.

Shouldn’t: Hello? This is a democracy. What makes you think you’re so right? For all you know, you’re the stubborn one who won’t accommodate. Show some receptivity. Be tolerant. Stop griping about how you’re not being accommodated.

When someone rubs you the wrong way, you can only guess at the reasons. Sometimes you guess wrong. Sure, you can try to guess better but you’ll never guess perfectly. There will be times when you’re too hard or easy on people.

Sometimes we pretend that it isn’t guesswork, as though there were some simple moral formula that solves the puzzle. Here’s a supposedly moral solution for each of the three possibilities:

Can’t: Always be kind and compassionate. Take people where they are. Forgive them. Engaging in conflict never helps. The only thing you can change is your attitude. So, if someone is giving you a hard time, always relax and accept them. Turn the other cheek.

Won’t: If you don’t stand up for your self you’ll always be run over. Have the courage of your convictions. Hold your standards high. Always fight for what you know is right.

Shouldn’t: Live and let live: Always be tolerant of diversity. You do your thing; let them do their thing. Agree to disagree.

These formulas are opposites. None of them are universal solutions.

The people who we find annoying often want to coach us on how to read them, often by scolding us for not living by these supposedly universal moral formulas, whichever one gets you to leave them alone:

Can’t: “Why are you so heartless? Can’t you see that I’m trying as hard as I can?”

Won’t: “How dare you accuse me of indulgence? Stop picking on me. I’m meeting your standards. You’re just prejudiced against me.

Shouldn’t: Why are you so intolerant? Do you think you can control everyone?

There’s even a can’t-won’t-shouldn’t shell game they can play on you, shifting between these different ways of shaming you, hopping to whichever moral absolute helps them get you to shut up in the moment.

And this shell game isn’t only used by con-artists. For example, imagine your teenager failing despite his best efforts. He can’t stand your disappointment and so he flails, reaching for whatever moral principle will get you to stop chiding him to do better.

Of course, you will feel anxiety about guessing wrong, using exactly the wrong strategy for dealing with someone who bothers you. But if you keep the general predicament in mind, you’ll feel less anxiety. When you guess wrong, coming on too strong or not strong enough, you won’t have to plunge into a sense that you’re immoral. Morality will not eliminate your “can’t, won’t, shouldn’t” guesswork.

So guess as calmly as you can, forgive yourself your wrong guesses and try to guess better in the future. 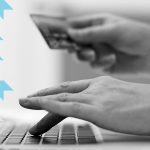