About 29 million people did not have health insurance in 2015, down from 33 million in the previous year, the Census Bureau said in its annual Income, Poverty and Health Insurance Coverage and Supplemental Poverty Measure report.
The poverty rate fell to 13.5 percent from 14.8 percent in 2014, the report said.

The poverty rate has continued to edge down in the wake of the 2007-2009 recession amid a tepid recovery. The latest drop is the largest annual percentage point decline since 1999, Census officials said.

Latest News Update
Analysts, however, caution against using the poverty rate to assess the long-term trend because it does not account for non-cash benefits, including food stamps and refundable tax credits.

According to the Center on Budget and Policy Priorities, these non-cash benefits and tax credits provide far more assistance than they did when the official poverty rate was established in the 1960s, and have led to a substantial reduction in economic hardship.

Taking such programs into account, the Census Bureau put the 2015 so-called supplemental U.S. poverty rate at 14.3 percent, one percentage point lower than in 2014.

A growing number of Americans, from all walks of life, are becoming millionaires from the legalization of marijuana in several states.

Breaking News
Urgent: Do You Back Trump or Hillary? 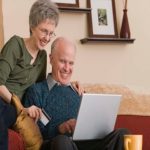 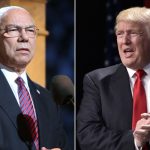