The ranks of billionaires, CEOs, and big-name entrepreneurs who have extolled their love of reading seem to be swelling continuously. We’ve known for awhile that Bill Gates, Warren Buffett, and Mark Zuckerberg are voracious readers (who sometimes share recommendations). Now Virgin boss Sir Richard Branson has joined the party. In honor of World Book Day, and in response to a challenge from an admirer, Branson took to his blog to list 65 titles he thinks everyone could benefit from reading during their lifetime.

Kicking off with a few childhood classics and going on to cover everything from great novels and autobiography to environmental tomes, the list wanders far beyond the business and self-help fare usually recommended to leaders. If you’re looking to broaden your bookcase, it’s full of great ideas.

In an exclusive Inc. interview, Sir Richard explains who rates highest at Virgin. And it’s not investors, either. 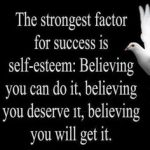